Back to the homepage 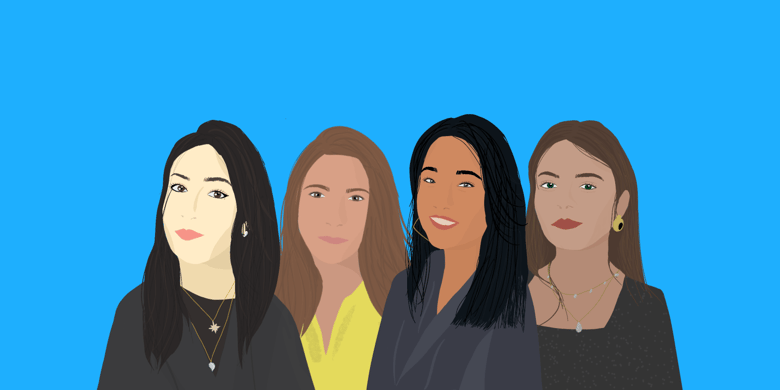 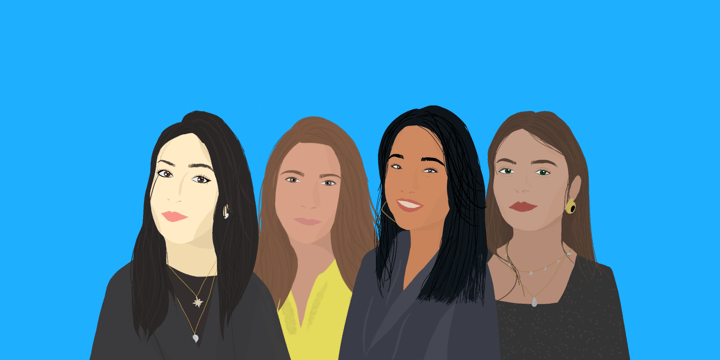 When tackling the topic of upcoming retail trends for 2022, we decided to give the stage to 4 of our wise and insightful IWD women. Each expert in their respective specialties, Madeline, Oceane, Pauline and Sofia, took turns telling the story of what major changes they saw coming in global retail markets. 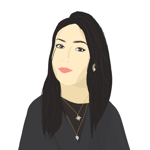 Looking at the buyers' side, I’d say digital buying sessions are a growing trend. The brands will use digital software to create virtual showroom in order to e-welcome buyers from everywhere in the world

Examples that come to mind for this are mostly fashion and leather goods related, but we can easily imagine all industries taking part in it. Digital product try-ons have already started taking place in the DTC world where beauty brands launch mobile apps for shoppers to preview lipsticks or foundation on their face by using the front camera of your mobile phone. Another example is IKEA allowing digital shoppers to visualize a piece of furniture in their home also by using their phone camera.

Charles & Keith, our historical Singaporean client, launched their previous buying sessions on a virtual platform where partners had the chance to experience their e-showroom.

The entire buying process is done virtually, starting with the presentation of the moodboard, upcoming collections and guidelines for each category of markets and stores typology.

While we’re talking about Charles & Keith, they’ve recently opened a new store in Taiwan that is browsable on their website as a virtual store! Go for a tour, it’s worth the new tab opened (wink wink). 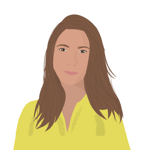 A first example of a huge evolution in retail is the Amazon GO stores. The idea of having shoppers walk around the store, pick up and put down whatever they like and finish by walking out the door perfectly mixes & matches technology and customer experience. It’s the first true cashierless store! This new concept started slowly in 2018, and in 2021 fifteen new stores opened in the United Kingdom. I think more and more will appear in 2022 being that the concept fits in with the more “covid friendly” way of living.

Those stores are a really nice example of what’s now possible to do in retail thanks to technology, and the cashierless point is one of the visible aspects. Thanks to sensor technology, we can also dream about stores without manual inventory, product order automation, and with cameras and nice space analysis… Maybe robot shelves? Have I gone too far? Let’s dream about 2025.

I think another R-evolution in retail is the green mindset, especially in the apparel sector. Brands are more involved in ecology and therefore adapt the way they produce or recycle. Consumers’ mindset is also focused on being more eco-friendly, which motivates brands to act “good”.

I saw some apparel brands which introduced a very good idea by proposing a catalog of new collections from which customers have to preorder clothes. This allows the brand to produce what is ordered and avoid overproducing. What a nice idea for the planet.

Some of these brands are Two Thirds and Asphalte ( with them you get a small discount when you preorder :) ), another brand with a preorder function would be Atelier unes and then you have forlife that mixed the showroom concept with preordering. 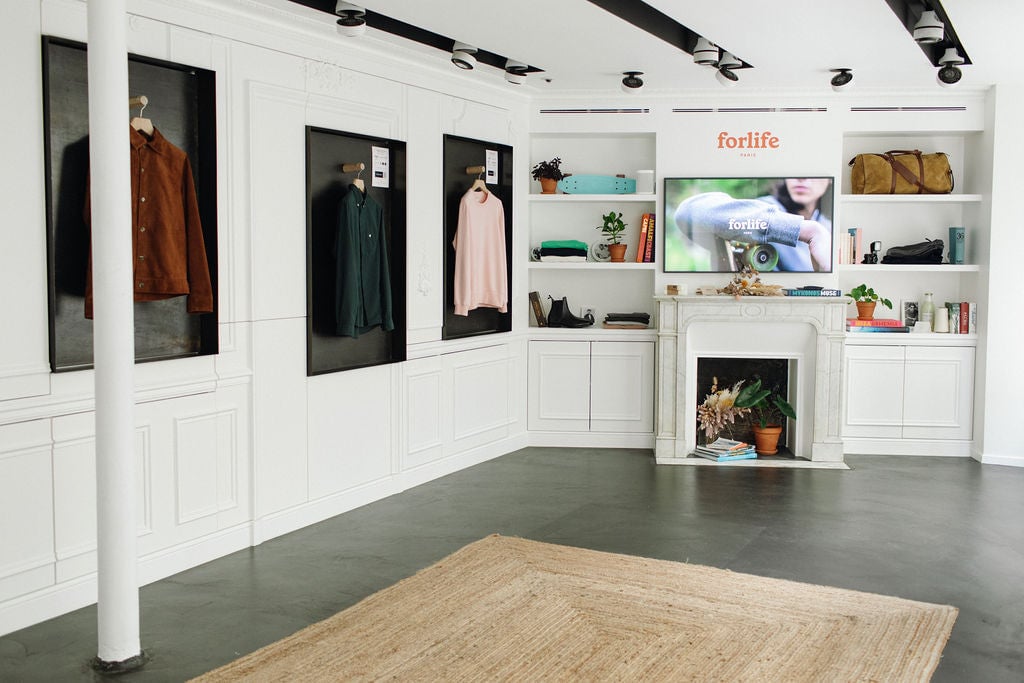 Concepts will evolve in 2022, and why not proposed showrooms? It would avoid pre-ordering clothes and having to send them back if they don't fit… Since brands that would adopt this new process aren’t from fast fashion, and their clothes are more expensive, a showroom to see the shape, material, colors of the clothes is essential for sales. Mixing online-shopping and showrooms can be a future way of buying goods (it has even already started when people go to stores to get a look and feel, and make the purchase decision and order online).

For the food sector, retail will continue its current path. More specifically, people want to eat locally and are trying to reduce the number of intermediaries in between their plant and the production plant. This includes wanting to avoid going to big grocery stores. Weekly basket subscription for local vegetables, eggs, meats etc… becomes more and more common.

It will be very interesting to see how everything will evolve in 2022, but I really think that technology & ecology will bring many evolutions in retail! 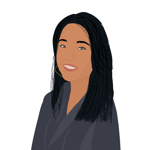 2020-2022 has been an era of adapting to the times and definitely uncertainty. The fashion industry has had to scramble and reassess swiftly in order to respond to the environment we are living in. There are several factors that push and pull the industry, forcing brands to reassess their product, values, and ethos. There has been a huge push for representation, diversification, and inclusivity especially on social media platforms where information can be disseminated instantly.

There has been a real push for size inclusivity and celebrating women of all shapes and sizes, especially in the United States.

Stores like Nordstrom and Savage X Fenty have implemented size inclusive mannequins onto their floors which highlight a range of sizes. These visual cues indicate to the customers that a brand sells clothing for all body types and that they aren’t excluding women depending on their size. 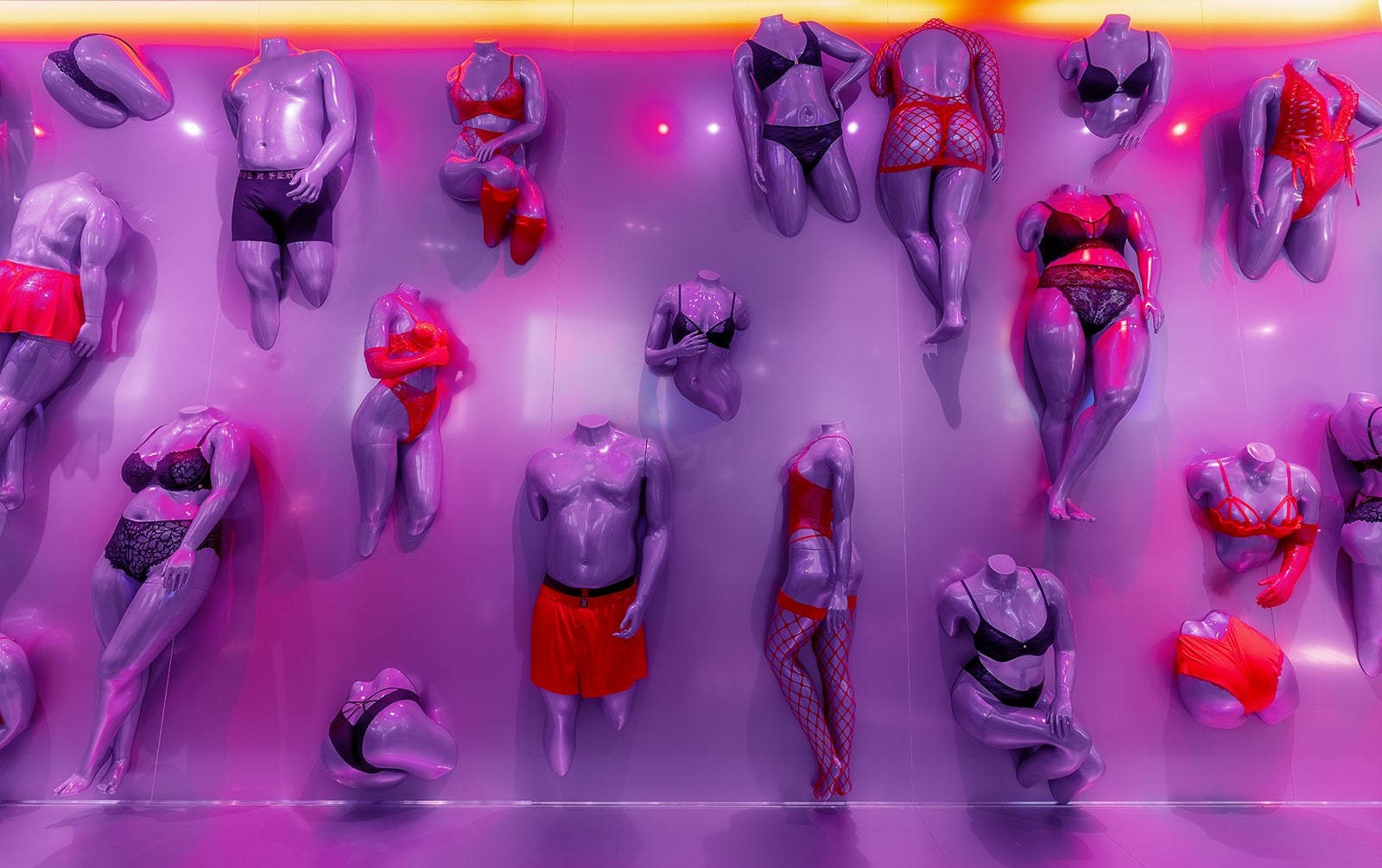 This effort is just the beginning as there are still huge flaws in the implementation of these mannequins. The smallest mannequin was made to fit a women’s size 2, the medium size 8, and the largest a size 14 when in reality the smallest mannequin wears a size 00-0, the medium a size 4-6, and the largest a size 10-12. The ‘largest’ represented size is not even at the top of the size chart which indicates the problematic irregularities in women’s sizing.

As personal gender pronouns have become increasingly prevalent so has honoring and respecting each person’s chosen pronouns. With this consciousness and awareness, the fashion industry has tried to reciprocate solidarity through designing collections that are not geared to be bought by a specific gender, advertising clothing styles and models where gender is not immediately apparent, and even merging merchandising to be by style or color rather than gender.

Many brands have launched collections that are unisex but have not quite addressed non binary consumers. This goes against the grain of societal gender norms which have been ingrained in the belief system for centuries. Styling and fashion campaigns have transitioned from gender defining to a more comprehensive and inviting view which contradicts what tradition has previously dictated.

The importance of promoting brands that are POC (person of color) owned or founded has come to the forefront of the industry. The prevalence exploded with the Black Lives Matter movement, many stores began highlighting and carrying brands to show support. There seemed to be more traction within beauty, however, fashion has promoted POC in other ways. While carrying brands owned by POC shows only a token of support, it is progression. Like most change, it does not happen instantaneously, it is a process and dependent on many different factors. By selling POC brands this is only the first step as it does not guarantee customers to purchase these products. There needs to be an omnichannel brand and product awareness promoted in partnership with the brand.

Portraying many different shapes, sizes, races in turn shows inclusivity. The fashion industry has a rich history in promoting a very narrow and unrealistic vision of women beginning with the runway models trickling down to brand identity and even to sizing. In an industry where the unattainable is paramount, it is difficult to challenge the social norms. More and more brands are being called out via social media for their actions and oftentimes the dichotomies between what their brand statements say and their behaviors. While showing diversity in turns supports inclusivity, fashion has shown efforts but still has a long way to go. 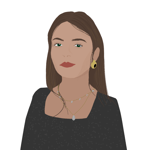 You've probably already read these terms while strolling through your favorite brands’ websites, consulting the hundreds of articles dedicated to this trend, or watching the millions of videos posted on social media. Once considered cheap, the second hand is now fashionable and the fastest moving trend in the industry.

This growth can be explained by the fact that, since the pandemic, one third of consumers place fashion sustainability at the heart of their concerns, according to a ThredUp report, and are aware of the pollution generated by the textile economy.

With textile production doubling in ten years, it is time for fashion retailers to reinvent themselves and consumers expect brands to adopt more eco-friendly practices and address environmental concerns.

What’s interesting in the ThredUp report is that “While the demand for secondhand is surging, demand for new clothing marketed as “sustainable” is declining. This may be due to accessibility combined with consumer concerns about greenwashing and transparency. »

However, some brands have decided to rethink their business models by offering a second-hand alternative. Levi’s and Patagonia have created their own resale and buyback programs and show their commitments on their websites.

Since 1985, Patagonia has been part of the 1% for the Planet program, which consists of donating 1% of their profits to fund environmental projects. In addition, all clothing produced by Patagonia is guaranteed for life and more and more collections are made from sustainable materials to limit the impact on the planet as much as possible (e.g. the brand's surf suits are no longer made from neoprene, which is too polluting, but from Yulex, a material derived from natural rubber). I advise you to go to Worn Wear to find second-hand fleeces.

Levi Strauss also announced on its US social networks the creation of its own second-hand resale platform. The principle is very simple: customers drop off their pairs of jeans in a shop participating in the SecondHand scheme, and receive a voucher. The recovered pieces are then cleaned and listed on the website under the Levi's Second Hand section. A concept adopted by other brands such as Isabel Marant or SANDRO for example. 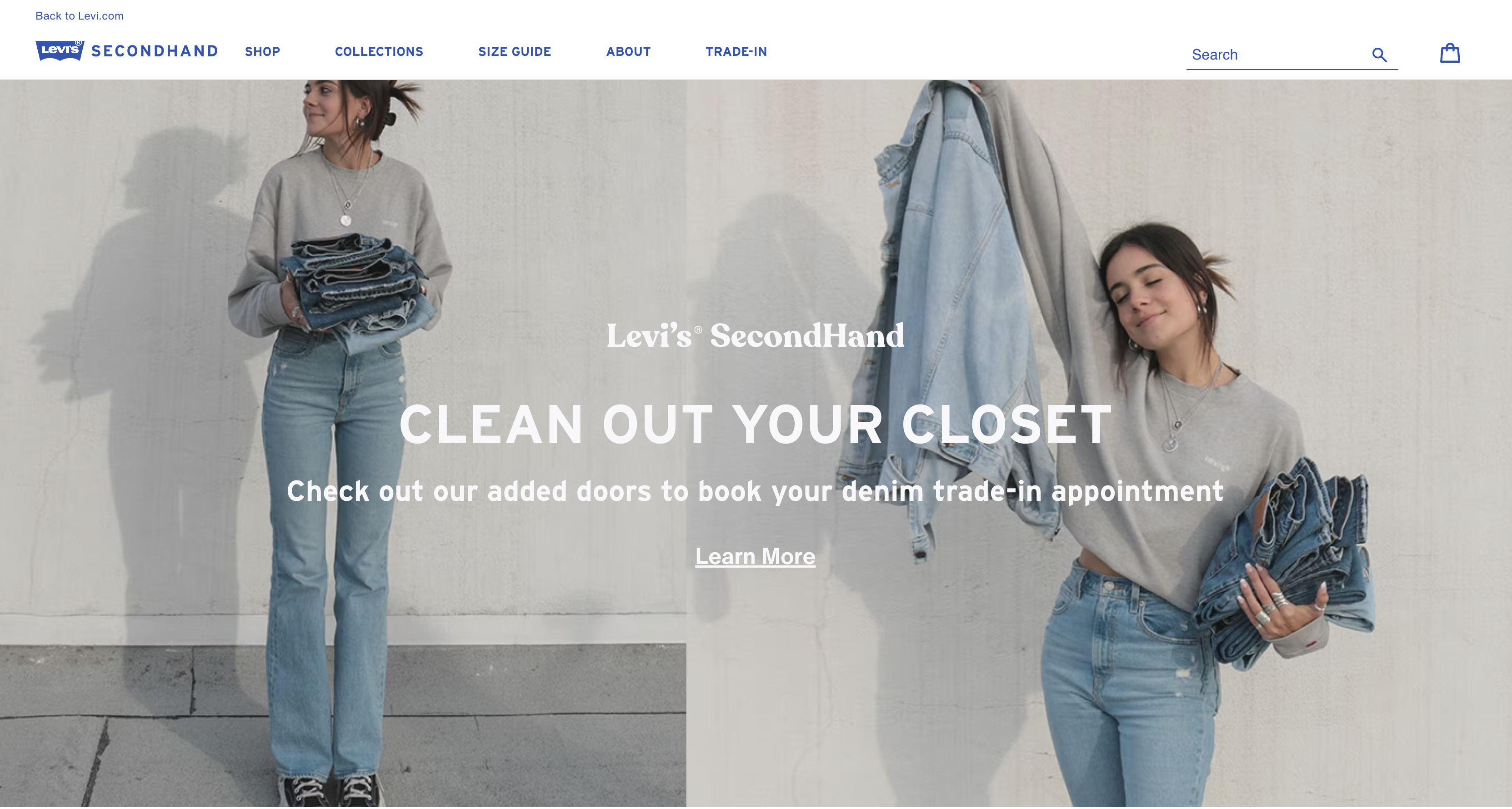 Faced with this success, department stores are also offering a second-hand corner. This is the case with the two French department stores Printemps with Second Printemps, and Galeries Lafayette with (Re) Store, that feature a selection of vintage items and brands committed to an ethical approach, such as upcycling, art-cycling, repair, customization or second-hand.

Brands are adapting and investments are increasing: in 2021, second-hand fashion has attracted investors. The big names in the sector have all raised funds this year, starting with the giant Vinted, which in May secured a €250 million investment to finance its expansion into new markets. Last March, the French website Vestiaire Collective announced that the luxury group Kering and the Tiger Global Management fund had acquired a stake in its capital for 178 million euros. On the other side of the Atlantic, ThredUp, a resale platform for individuals, has gone public with the aim of raising $168 million.

Although the ecological footprint of second-hand shopping is smaller, energy demands and carbon emissions are much lower, some criticisms are emerging concerning the over-consumption of second-hand items.

Some platforms haven’t hesitated to put in place mechanisms that are reminiscent of those of fast fashion, which these platforms claim to be the antithesis of. The most ecological option for consuming slow-fashion is still to go to the local second-hand stores and thrift shops which are full of vintage and stylish pieces!

If the aforementioned information peaked your interest, we strongly advise you to read ThredUp's report, and shop second hand! 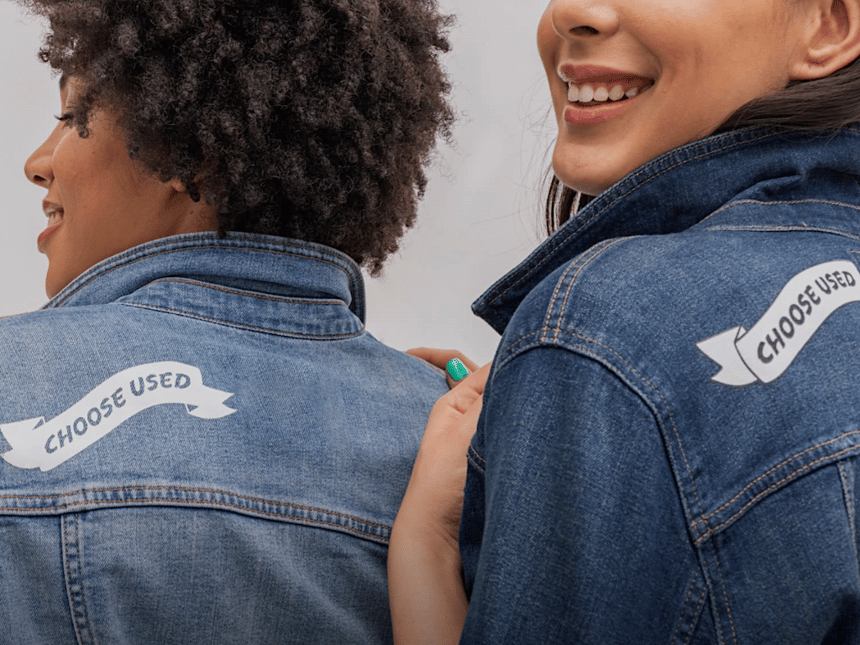 MORE ARTICLES BY THIS AUTHOR

As you (and we!) know, a successful visual merchandising strategy helps establish a strong visual... 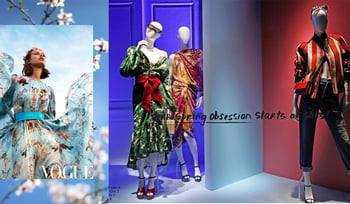 Window displays are not only the true reflection of your brand identity but also provide instant... 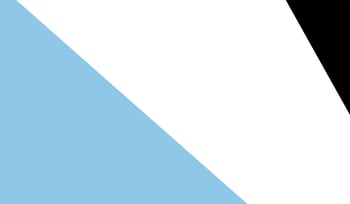 Gabriel Becker and Nicolas Martin are excited to announce that IWD has just acquired 100% of Visual...